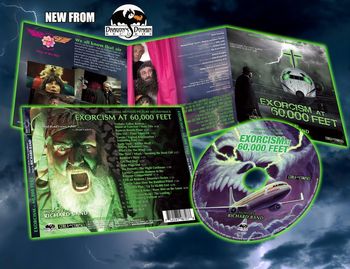 Tell me if you’ve heard this one before… A priest and a rabbi find themselves booked on the same flight from Viet Cong Airways when things take a demonic turn as a pandemic of infernal possessions breaks out, spreading from passenger to passenger and eventually to the pilot. In order to land the plane safely and survive, Father Romero (Miano) and Rabbi Larry Feldman (Rhine) are going to have to set their religious differences aside and work together with the survivors against the most ungodly turbulence imaginable.